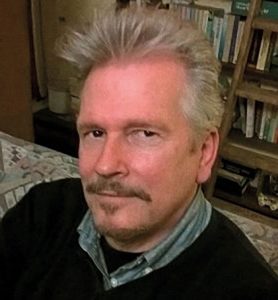 I was born in Brighton and grew up in Lewes, East Sussex. Although I have been drawing cartoons for as long as I can remember, it was in the late 1970’s when I first began sending a few cartoons to various newspapers and magazines. Many of my cartoons were published which included being featured in the Weekly News and the now defunct magazine, Punch. My work was also reproduced in a guidebook for the Edinburgh Fringe Festival in the 1980’s. During the mid-nineties I drew a weekly cartoon strip for a professional magazine, which was co-written with a close friend. Although I continued to draw cartoons on a part-time basis, with long gaps in between due to pursuing a more ‘sensible’ career, my work continued to be occasionally published in both The Oldie magazine and Private Eye.

I decided at long last to become a full-time professional cartoonist in 2017 and have since been regularly published in the satirical magazine, Private Eye. My work is also published in Rome, Italy and I have recently produced a range of cartoon greeting cards which are published and distributed by Woodmansterne.